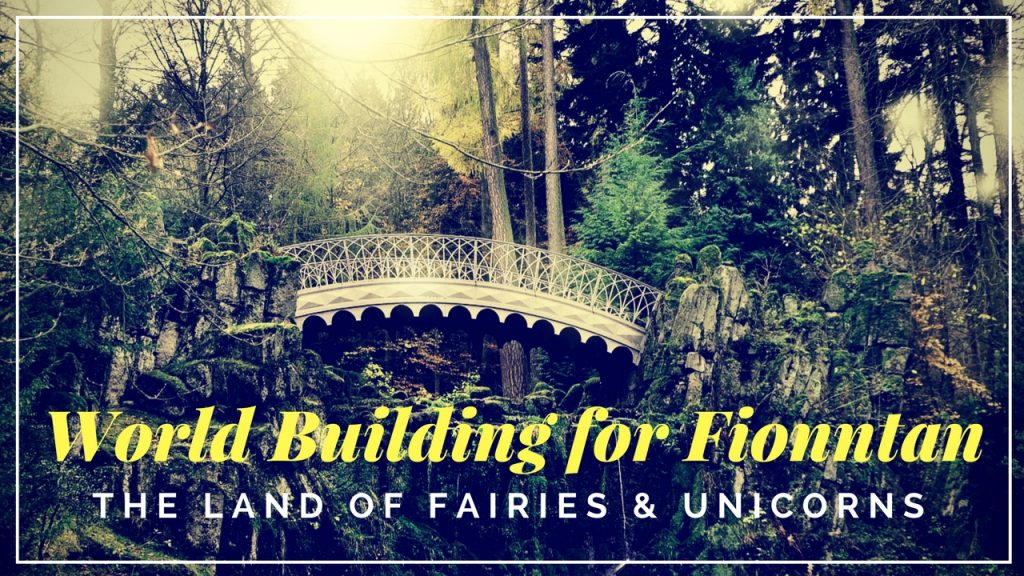 Some years ago I wanted to write a fantasy screenplay that centered around fairies and unicorns, my favorite magical beings.  When I began to write down the initial ideas I realized that I had to build an entire world of rules and magic for them.  This world would create its own backstory and there would be enough information for a novel.  So I decided to write a fantasy novel instead.

The first thing I did was research how to write a fantasy novel.  Beyond basic structure, the main thing I needed help with was how to build this magical world.  I printed a lot of online articles that gave advice on how to build the physical world and define the rules of magic.  The first thing I was advised to do was draw a map of the world.  But I couldn’t draw a map until I knew what villages belonged in that world.  And I couldn’t know what villages belonged in that world until I knew who lived in them.  My first step was to list all of the species that live in this world.  I knew my fantasy world would be divided into two parts, the good world and the underworld.  I divided my list of species into two, the species in the good world and the species who dwell in the underworld.

After this I pulled out my handy dandy baby name book and chose the name of the world and villages.  I chose Fionntan (fin tahn) for the name of the world.  It just sounded otherworldly and magical to me.  Then I began to group the species and name a village for each of them.  After I had the names of the species and the villages I began to describe each village one by one.  The name, description of the species that live there, what the village looked like, what kind of architecture it had, what the species who live there did for a living, what they did for fun, what type of personalities did they have that made them different from other species in Fionntan.  After I described all of the villages, I named lakes and rivers, seas, forests, plains, swamps, and wastelands.  When I had all of this, I drew a map and began to place them.

I think I did about 3 drafts of the map before I settled on the final placement of everything.  I divided the good world from the underworld by a river.  The good world had a capitol and about as far away as you can get from it was the capitol of the underworld.  In writing the descriptions of the villages and species and placing the villages on the map, I created a history for Fionntan.  Why was everything east of the Mairi River evil and how did it get that way?

After I had the map I began to make the rules of magic.  Each species had their own type of magic, or their own magical abilities.  The most powerful species in Fionntan are the Fairies and their male counterparts, the Brownies.  Followed by the Unicorns, second in power but still the most intelligent beings in the land.  I have a character who is half Brownie half Fury.  In this world Furies are a part of the underworld and are mortal enemies of Fairies.  So he did not have the greatest time growing up and this affected the type of person he became.  But in creating my rules, I had to create special rules for him since he was the product of two different species.  Having those powers makes him a formidable foe.

Once the the map was finished and the rules of magic in place, I was ready to write the story.