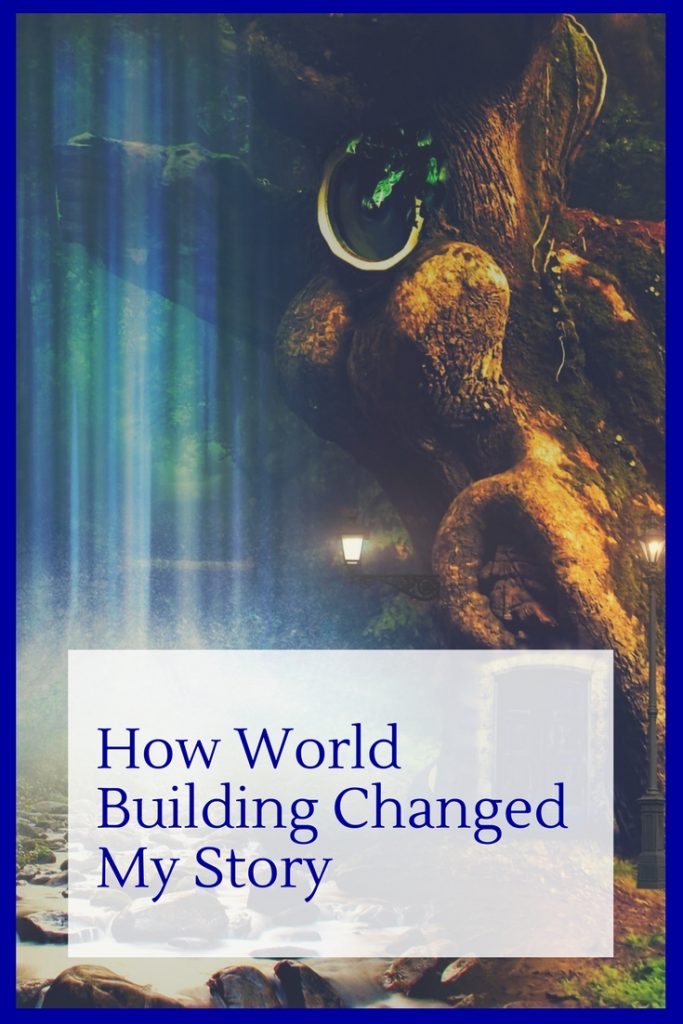 Last week I wrote a post on how I created the world that my fantasy novel, The Fairy Princess, takes place in.  It went over how I came up with the physical world, the beings that inhabit that world, and the magic that governs it.  What I didn’t talk about was how as each of these things developed, it changed my initial story.  It started off as a very simple story about a girl who with the help of her godmother discovers she is a fairy.  But as I began to add to the world it quickly snowballed into something else.

One of the first things I did while trying to think of the different species in Fionntan is do some research on fairies.  I found some articles here and there, but the most valuable resource I discovered was an index that was basically an encyclopedia of fairy lore.*  I used this to decide which types of fairies, good and bad, would exist in the magical land of Fionntan (fin tahn).  But I also used it to form the history of my magical land.  I can’t remember why, but I decided to have Fionntan ruled by humans.  I had come up with a complex history to explain why the humans were there and why my titular fairy, Trinette, was on Earth.  I just went back and read it for the first time in years.  Although it did a good job of explaining why things were the way they were in Fionntan, it felt like it was an excuse for the fairy to be on Earth rather than a natural outcome of certain events.

So I took a story about an Irish fairy queen and changed it so that it became the back story of my novel.  It was much simpler than the history I came up with, a coup versus an intricate political plot.  And it gave a magical reason why the humans still rule Fionntan to this day.  With this change Trinette was no longer just a fairy, she was a fairy princess.  This was about more than just discovering who she was, it was about reclaiming what was lost to her family many generations ago.

The geography of Fionntan also formed the basis of my outline.  It wasn’t until I had the map finalized that I could map out Trinette’s journey.  Where she discovered certain things about herself and also her godmother.  Also the map helped me figure out the underworld of Fionntan.  I placed villages in an ascending line of evil.  The farther away from the border they were, the more evil the village.  It helped to show that the evil originated from one place and spread to other villages that were close by and susceptible to corruption.  Some creatures in the underworld aren’t exactly evil, they just are a little morally ambiguous and live on the wrong side of the Mairi River.

As I developed each part of the world of Fionntan, sometimes random changes to the story just popped into my head.  I have a notebook where I was writing down all of this information.  When I look through it now I can see in the margins where I added changes to the godmother’s story and gave her a more heartbreaking reason to be on Earth rather than simple rebellion.  World building was necessary for my fantasy novel.  I couldn’t write the story until I understood the rules of the world it took place in.  But in this case it really helped me develop my story.  Made it more compelling and complex and it gave depth to my characters.  It also turned my simple story into a series.

*Although the website I found the index on still exists, I wasn’t able to find the fairy lore page anymore.